Before discussing about various forms of magnesium, and why magnesium glycinate might be the best option for you, let`s make it clear why this mineral is so vital for your body at the first place. Did you know that magnesium is the second nutrient after vitamin D, which deficiency is the most common among people in developed countries?

This is very disturbing given the fact that magnesium is involved in many biochemical and enzymatic processes. Magnesium takes part in more than 300 vital enzymatic reactions, like: transmission of genetic information, absorption of vitamins and trace elements, and activation of amino acids.

Experts claim that adults who consume less magnesium than their daily intake needs, are more likely to develop the symptoms of inflammation. Infections have, in turn, been associated with health conditions like heart disease, diabetes and certain types of cancer. It has also been established that there is a connection between low magnesium levels and osteoporosis.

The Causes of Magnesium Deficiency

It`s widely known, that just about 80% of people suffer from magnesium deficiency. It`s because the excessive cultivation of agricultural products and the use of pesticides have decreased magnesium content in the soil. Likewise, the foods processed in high temperatures have lost their nutritional value. So, it is hard for people to get magnesium, but easy to lose.

The causes of magnesium deficiency and why magnesium is being removed from your body:

The Signs of Magnesium Deficiency

Moreover, dental caries, and the stagnated growth of jaw bones results in a situation where there isn’t enough space for the teeth to grow. Muscle growth and relaxation depend on magnesium. 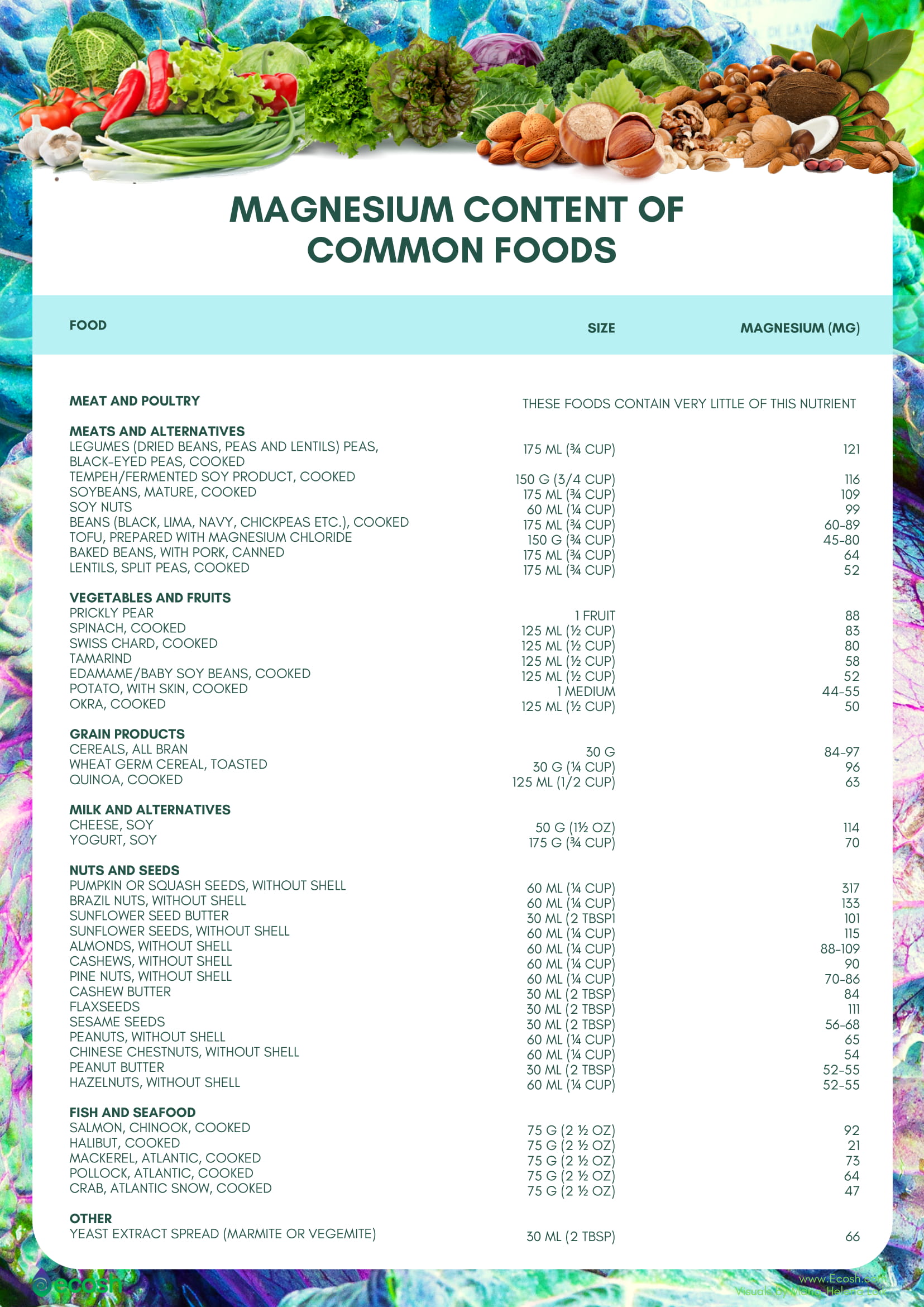 The most beneficial and valuable organic sources of magnesium are sprouts, green leafy vegetables, wholegrain products and nuts.

For example, there is 300 mg of magnesium in:

How is Magnesium Related to The Nervous System

A variety of symptoms related to the nervous system can signal magnesium deficiency such as:

Best Types of Magnesium and Their Absorption

Choosing a magnesium supplement can be tricky due to the many different forms of magnesium (e.g., magnesium aspartate, bicarbonate, carbonate, chloride, citrate, gluconate, hydroxide, lactate, malate, orotate, oxide, taurate, magnesium threonate, and trisilicate) and wide range in recommended dosages (from less than 50 mg to over 1,000 mg). But here is a valuable universal advice for you:

Some forms, like magnesium gluconate, magnesium citrate, and magnesium lactate (glycinate), are more highly absorbable than other forms of magnesium.

Which Substances Encourage The Absorption of Magnesium Glycinate?

Although magnesium can be absorbed independently, there are some vitamins and minerals that contribute to its absorption.

Why are bioactive forms efficient? Bioactive forms have already been modified to be suitable for metabolism, and the exhausted body does not have to start using the energy to convert the passive form to active.

There is no data on magnesium overdose and according to the literature, high doses are safe, too. For example, the recommended administration of magnesium for therapeutic doses can be even as much as 800 – 3000 mg per day. Above all, the ratio of magnesium to calcium in the body should be 8:1, or at least 4:1.

The opposite ratio creates a situation where there is too much calcium in the body. But this way – without enough magnesium – calcium does not reach the bones at all and clogs the arteries and tissues. In addition, besides in the bones and muscles – your body uses magnesium for many other functions. So, the daily suggested average consumption of magnesium should be at least 375 mg. 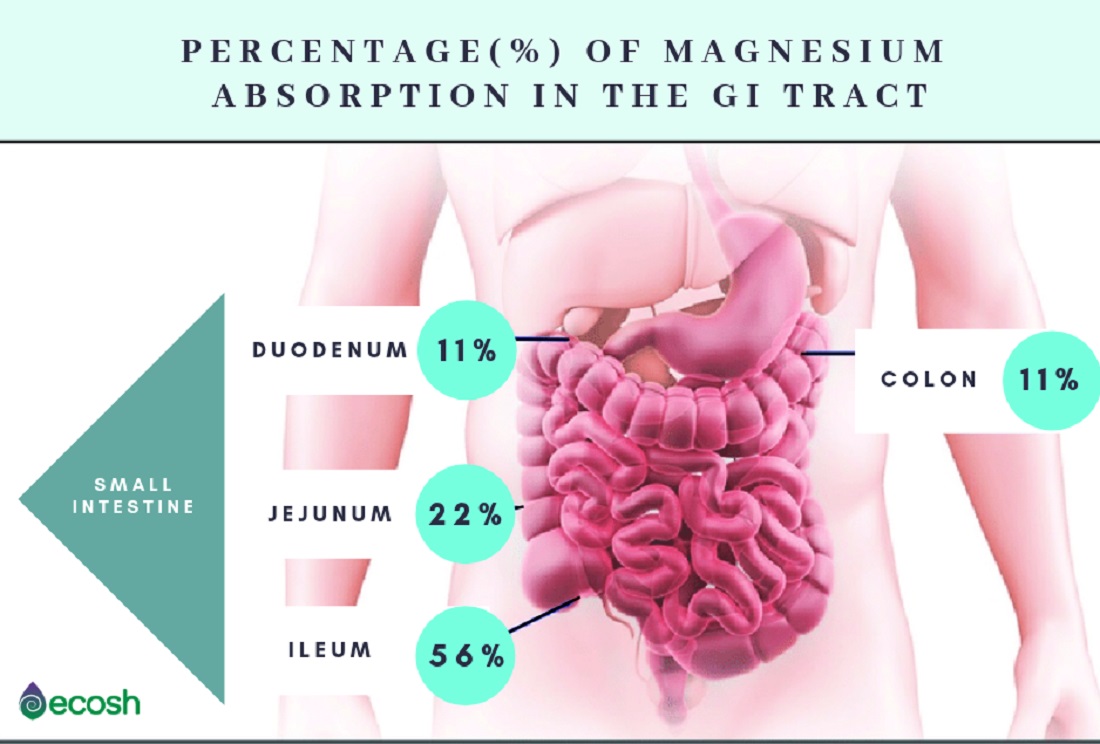 Magnesium Glycinate is Required in The Organism for:

According to the studies, magnesium glycinate is very suitable for those who experiencing digestive disorders such as diarrhea or have undergone bowel resection surgery, as it absorbs well in different parts of the bowel.

Magnesium glycinate and magnesium gluconate are considered the best forms also when suffering from severe magnesium deficiency. Most importantly, as magnesium glycinate relaxes muscles and brings you good sleep, it is best to take the supplement 1h – 30min at evenings before going to bed.

How much magnesium should you consume?

The recommended daily intake of magnesium:

TINNITUS (RINGING IN THE EARS) – Symptoms, Causes, And Natural Remedies For Tinnitus Treatment